Most of Sultanahmet’s sights are around the old Hippodrome, which was the absolute centre of old Constantinople. It is flanked by Hagia Sofia, The Blue Mosque and Topkapi palace, the Basilica Cistern to mention a few.

In the middle of the hippodrome were monuments, of which a few remain today.

The origins of The Obelisk of Constantine is unclear. It is in a bit of a sad state, mainly because the greedy idiots of the Fourth Crusade ripped of the copper plates believing they were gold.

The Theodosius obelisk was nicked from Egypt and is 3500 years old. Just look at the hieroglyphs, they look as they were engraved yesterday.

The Basilica Cistern was actually forgotten for centuries, until a scientist got interested in stories of locals who miraculously could fetch water through the floors of their houses, sometimes even catching fish.

It is a great sight, but I think it is a bit overpriced for 10 liras (the same price as Hagia Sofia, for instance!)

Still, it is an incredible place, measuring 65×143 meters with a roof supported by 336 columns. It once held over 80.000 cubic meters of water. It was also one of the locations of the classic From Russia With Love Bond-movie.

Walking by at night, I often wondered how great an experience it would be to visit the cistern at night alone, maybe using only a torch as a light. 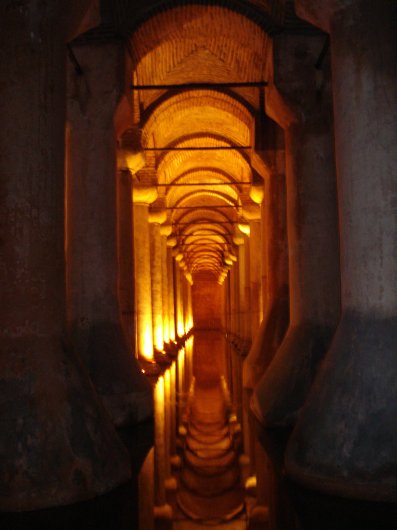 Experimenting with my camera, I finally got a decent lightning for a picture. 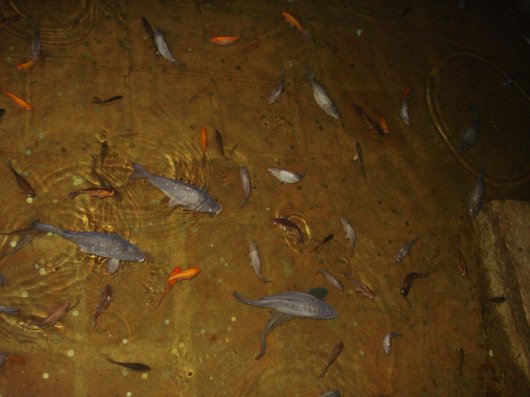 These fishes have a big aquarium to say the least.

One of the two famous Medusa head columns.